Greg brings technical breadth, a rich background, and significant experience to his new position. After arriving at JPL in 1989, he worked on successive flight projects including the Mars Pathfinder and the Mars Exploration Rovers. Greg then moved into technology development as the Supervisor of the Advanced Deployable Structures Group, where he played a key role in establishing JPL’s Advanced Large Precision Structures Laboratory. Since 2005, Greg has worked as Division 35 Chief Technologist where he has championed research and development across a broad spectrum of technologies including advanced manufacturing, miniaturized electronics, and advanced modeling and simulation of complex systems. In this role, he initiated many collaborations, both inside JPL and with outside partners such as Caltech, Sandia National Laboratories, and ESTEC. For the past 10 years, he has been a Lecturer in Aerospace Engineering at GALCIT.

Greg received a BS and MS in Physics from the University of Akron, a Ph.D. in Mechanical Engineering from Rice University, and EMBA from the Drucker School of Business at Claremont Graduate University. He has received numerous JPL and NASA Team Awards, JPL’s Magellan Award, and a NASA Exceptional Achievement Medal. Greg is an Associate Fellow of the AIAA as well as the current chairman of the AIAA Spacecraft Structures Technical Committee.

The Space Station's Coolest Experiment Gets Astronaut-Assisted Upgrade
The Cold Atom Lab is using microgravity to learn about atoms and the quantum world, which could pave the way for new technologies in space and on the ground. 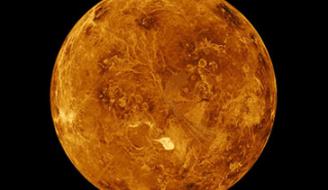