Abstract: The interplanetary network (IPN), a large sensor and communications platform along the solar

system, could be the basis for the space internet. The IPN consists of thousands of small spacecraft

could form a remarkable deep space platform for unique observation of the solar system, stars, galaxies and

the universe. A key feature of the IPN architecture is the use of swarms of optically-interconnected spacecraft

Future space missions, including spacecraft, landers, rovers, and astronauts, as well as Earth stations, could

achieve very fast connectivity among themselves via the IPN. It is envisioned that the IPN will be the basis for

We expect to place at least one swarm per Lagrange point (5 swarms per planet) along Earth, Mercury, Venus,

Mars, Jupiter, Saturn, Uranus, Neptune and the dwarf planet Pluto. This makes for a total of 45 IPN swarms.

Several technologies being developed at JPL to enable the interplanetary network will be discussed. The

stations. I will also discuss potential IPN network architectures that could allow for fast connectivity and the

management of such a network.

Bio: Dr. Jose Velazco is the technical supervisor of the Advanced RF and Optical Technologies Group at the Jet Propulsion Laboratory where he conducts advanced R&D of new RF and optical technologies and systems for telecommunications, as well as new instrumentation and radar for space exploration. While at JPL, he conceived of, developed and patented various cutting-edge technologies including an inter-spacecraft omnidirectional optical communicator, a compact optical ground terminal, and solid-state power modules for NASA’s Deep Space Network. Recently he patented the design of a fully omnidirectional optical terminal as a replacement for Wifi and Bluetooth for applications in smart cities and the internet of things. His current research focuses on various small spacecraft mission concepts for low-Earth-orbit, Lunar, and Deep Space applications with the goal of enabling an all-optical spaceborne network. He aims to implement a new interplanetary network architecture along the solar system that uses swarms of optically-interconnected spacecraft as network nodes for fast communications and novel science. He envisions the interplanetary network as the basis for the space internet and as a precursor to the commercialization of space. 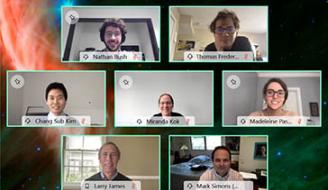 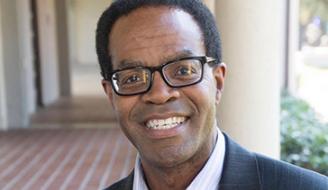