Parag Vaishampayan joined JPL in 2008 as a Caltech postdoctoral fellow and then got hired as a staff scientist (2011) at Biotechnology and Planetary Protection Group (BPPG). His current research focus is on the development of a Genome Encyclopedia of Spacecraft Associated Microorganisms (GESAM). He is working on a Genetic inventory (GI) of an entire spacecraft (M2020) using the metagenome sequencing, and advance bioinformatic approaches.   At present, he is supporting planetary protection implementation activities of  M2020 and Psyche missions. He was instrumental in testing, validation, and implementation of a real-time simultaneous bioaerosol and inert particle air monitoring system and rapid microbial identification technology (MALDI-TOF), which are using during the M2020 mission.  He has developed several novel molecular methods and bioinformatics analysis tools, which are widely used by microbial ecologists.

He is a leading microbial ecologist and bioinformatician working in the field of Astrobiology and planetary protection. He is interested in applying the unique technologies developed at the Planetary Protection group for solving challenging problems in medical research (breast cancer, Antibiotic resistance) through JPL’s Medical Engineering Forum initiative.

His research findings will allow NASA to implement efficient microbial decontamination and sterilization techniques during the future spacecraft assembly process. Results of his research work have appeared in more than 55 peer-reviewed publications, book chapters, and several (more than 50) presentations.

Lectures / Presentations (out of >50) 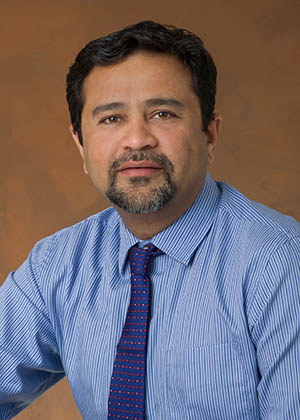