Dr. Thomas A. Prince is a Professor of Physics at the California Institute of Technology holding a joint appointment with Caltech’s NASA Jet Propulsion Laboratory (JPL) as a Senior Research Scientist. Between May 2001 and June 2006, Prince was the Chief Scientist at JPL. He is currently Director of the W.M. Keck Institute for Space Studies at Caltech.

Prince, is a native of Cleveland, Ohio. He holds a bachelor's degree from Villanova University and master's and doctorate degrees in physics from the University of Chicago.

Prince began his research career in experimental cosmic ray astrophysics before coming to the Caltech campus to work in the area of experimental gamma ray astronomy, collaborating with the high-energy astrophysics group at JPL. Prince became a Millikan Fellow in 1980 and joined the Caltech professorial faculty in 1983. Detection and study of neutron stars and black holes has been a continuing theme in Prince's research, starting with his gamma ray observations of compact objects in the galactic center region. He participated in several expeditions to the Australian outback in the late 1980's to make balloon observations of the radioactive decay energy from Supernova 1987a.

During the 1980's, Prince became interested in the evolving field of parallel computing which he applied to several areas of astronomy including radio, x-ray and gamma-ray pulsar detection, imaging infrared surveys, optical interferometric imaging, and virtual observatory technology. His current research area is the development of techniques for detection of gravitational waves from neutron star and black hole systems. He is US Mission Scientist for the Laser Interferometer Space Antenna (LISA) and was a member of the ground-based Laser Interferometer Gravitational-wave Observatory (LIGO).

Among the positions that Prince has held are: Associate Director, Caltech Center for Advanced Computing Research (CACR); member of the National Research Council Commission on Physical Sciences, Mathematics, and applications; co-chair of the National Research Council Committee on Astronomy and Astrophysics; and chair of the NASA Gamma Ray Observatory Users' Committee.

He is a Fellow of the American Physical Society and has received the NASA Distinguished Service Medal.

A resident of South Pasadena, Prince is married to Charlene Reichert and has three children, Jesse (33), David (30), and Anya (27). 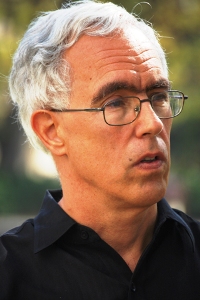