Abstract: The early Earth experienced large-scale melting owing to giant impacts during the last phase
of accretion. This indicates the possibility of substantial differentiation during the subsequent
solidification of a magma ocean, and its aftermath has likely been crucial for characterizing the surface
environment of the Hadean. How differentiation proceeds, however, is controversial because a number
of parameters are unconstrained under high pressures, including density contrast, viscosity, grain size,
and permeability. Instead of exploring the most likely scenario, I aim to bound the degree of chemical
differentiation by calculating the thermochemical structure of end-member cases. A new model is
developed that is consistent with both thermal and compositional aspects, and a potential differentiation
mechanism is assumed to take full effect in each calculation. The results suggest that the length scale of
chemical heterogeneity differs significantly depending on the mechanism that drives the differentiation.
A differentiation mechanism responsible for our planet could potentially be constrained by
investigating how each mantle structure affects the evolution of the surface environment. Considering
that Earth already had a present-day like moderate climate by the end of the Hadean, I suggest that a
wet, depleted mantle with small-scale chemical heterogeneity most naturally explains the swift
transition from a fiendish to a habitable surface environment. The resemblance between the Hadean
seafloor and the Lost City hydrothermal field will also be discussed, which may imply the emergence
of early life. 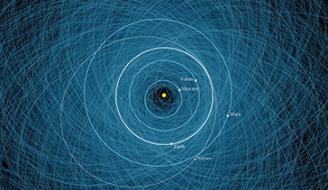 NASA’s Next-Generation Asteroid Impact Monitoring System Goes Online
The new system improves the capabilities of NASA JPL’s Center for Near Earth Object Studies to assess the impact risk of asteroids that can come close to our planet. 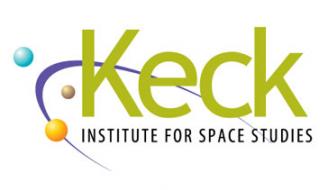