The JPL Strategic University Research Partnership (SURP) Program is soliciting proposals for the 2010 funding cycle for collaborative research and educational initiatives with our established Strategic Partnerships at the following academic institutions: * Arizona State University * Carnegie Mellon University * Dartmouth College * Massachusetts Institute of Technology * Princeton University * Stanford University * University of Arizona * University of California, Los Angeles * University of Michigan * University of Southern California The intent of the SURP Program is to provide resources to initiative and cultivate collaborative efforts of mutual strategic value for NASA research and missions between JPL and the academic partners listed above. Proposed activities can be Research Initiatives for collaborative basic and applied research or Educational Initiatives to support classroom activities and career path development for students. We anticipate that the total amount of new funding available for this program in FY10 will be approximately $1.5 - $2M, which will support up to 15–20 research initiatives funded up to a cap of $100,000 and 10–15 educational initiatives funded up to a cap of $25,000 each. To strengthen the relationships between JPL and our strategic university partners, we encourage proposals describing research or educational efforts that include activities to be performed jointly at JPL or at the partnering university via the exchange of personnel. Possible exchanges include students working at JPL under the co-supervision of the JPL Principal Investigator and university faculty, JPL investigators working at the strategic partner university, and faculty working at JPL. We also invite proposals in this category that describe research performed jointly by a JPL team and by the academic faculty investigator while on sabbatical leave at JPL.

JPL has identified 15 updated science, technology and educational areas that are essential for JPL’s continuing contribution to NASA’s future success and for which JPL’s leadership is key. SURP proposals should address one of these strategic topical areas. The complete list along with supporting links may be found in the 2010 SURP Proposal Guidelines (URL below).

Holders of existing SURP awards may now submit follow-on or “renewal” proposals for the continued pursuit of the same objectives. The intent is to permit continuity of student research for up to two years and proposers are encouraged to clearly identify the need for a follow-on effort for this purpose. Renewal proposals for Educational Initiatives for the purpose of continuation of the same classroom activities may also be submitted.

The SURP program will further support the career development of graduate students by augmenting a SURP Research Initiative award with additional funds for the purpose of providing a ten-week summer internship at JPL for one student involved with the awarded research. The JPL PI must state in the proposal their intent to host a student to perform collaborative research during their summer internship. The cost of the summer internship will not count against the $100,000 cap for Research Initiatives. All internships will be implemented through the JPL Education Office. At this time, we are not able to provide internships for Educational Initiatives.

The following schedule of events is planned for the 2010 SURP Call for Proposals: * August 7, 2009 Call for Proposals released * October 2, 2009 Proposals due * November 10, 2009 Technical reviews completed * November 19, 2009 Programmatic prioritization by JPL completed * December 18, 2009 Programmatic prioritization by partner universities completed * Early January, 2010 Awards announced ^^Proposal Guidelines, Template, and Submissions^^ A new SURP website is scheduled to be launched by August 14, 2009. Please explore the new site intended to present all facets of our SURP relationships by typing “SURP” in your browser. In the meantime, documents relevant to this Call for Proposals may be downloaded using the following links: 2010 SURP Proposal Guidelines http://surp.jpl.nasa.gov/documents/2010_SURP_Guidelines_ForCallOnly.doc 2010 SURP Proposal Template (Word doc) http://surp.jpl.nasa.gov/documents/SURP_2010_Template_2AUG09.doc 2010 SURP Proposal Template (PDF doc) http://surp.jpl.nasa.gov/documents/SURP_2010_Template_2AUG09.pdf You may obtain a proposal number and submit your proposal electronically by going to the SURP Proposal Submission site, available after September 18, 2009: http://surp.jpl.nasa.gov/collaborations/callforproposals/application/ Your electronic submission and five copies of your proposal must be received by Alma Cardena (office location 180-604, M/S 180-604, ext. 4-2328) by no later than 4 PM on October 2, 2009. If you have any questions or suggestions about the SURP Program and this Call for Proposals, please contact Paula Grunthaner (4-0360), Paula.Grunthaner@jpl.nasa.gov. We look forward to your innovative proposals in support of NASA’s research and missions. 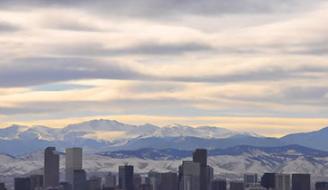 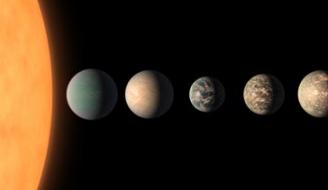