Max Coleman's training combined chemistry, geology and isotope geochemistry at London and Leeds Universities, but he found that he needed to encompass microbiology too when studying sedimentary rocks. He has applied multidisciplinary fundamental scientific research to elicit solutions to practical problems in petroleum exploration and production, environmental pollution, radioactive waste storage and forensic science. He now uses the same approaches to astrobiology research.

After ten years at the British Geological Survey, where he ran a national stable isotope facility, he joined BP to start a new geochemical research group. He then moved to the University of Reading in 1995 as Professor of Sedimentology. Prof. Coleman was enticed to join JPL in 2003, to be Director of the Center for Life Detection and Leader of the Astrobiology Research Group.

He spent a sabbatical period in Paris where he worked on aspects of sequestration and storage of carbon dioxide. He returned to JPL to focus again on astrobiology and especially developing mineral biosignature approaches (and instruments to detect them) and the history and distribution of water in the solar system.

He is a Visiting Scientist in GPS at Caltech. 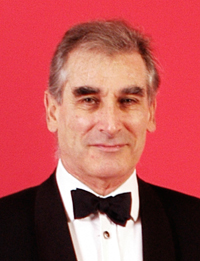