Dr. Paul Dimotakis is the John K. Northrop Professor of Aeronautics and Professor of Applied Physics at Caltech. He earned his B.Sc. in Physics, his M.Sc. in Nuclear Engineering, and his Ph.D. in Applied Physics from Caltech. Following his Ph.D. degree, he stayed on as a member of the Caltech faculty, moving up the ranks as Assistant Professor, Associate Professor, and Professor, before being awarded the John K Northrop Chair in 1995. Following work on liquid helium and superfluidity, his research focused on experimental, computational, and theoretical investigations of turbulent-flow phenomena, with an emphasis on turbulent transport and mixing, in chemically reacting and non-reacting flows, and combustion. He and his co-workers have developed experimental facilities and laser diagnostics, and introduced advances in signal processing, high-speed digital temporal- and image-data acquisition techniques, high-speed CCD imager design, and image-data processing. His research has also included work on active control of separated flows, studies of cavitation, hydrodynamic stability and gasdynamic simulations, image-correlation techniques for velocity-field (optical-flow) measurement, multi-dimensional measurements, aerooptics effects, and work on adaptive optics.

His space-related activities began while an undergraduate at Caltech, under Prof. Ed Stone, the previous JPL Director, with work on an Orbital Geophysical Observatory (OGO-C) satellite in the 1960s, contributing to its calibration and data analysis software package and, shortly after launch, solving for the satellite attitude as a function of time when the spacecraft attitude-control system failed. He contributed to the development of the Space Shuttle aerodynamics, assisted with the analysis of the Galileo antenna deployment anomaly, participated in early discussions on the Mars Pathfinder mission landing system, and in the analysis of prelaunch test data of the SIRTF-Spitzer cryostat tank. Leading a small Caltech team and a team from JPL led by Michael Watkins, they contributed an analysis of the trajectory of one of the early debris fragments from the fateful Columbia reentry. This was quickly shared with NASA and the Columbia Accident Investigation Board (CAIB). In January 2005, Dr. Dimotakis gave a Caltech Watson lecture on, "The Columbia STS-107 reentry, and present and future space access." In some of his work outside Caltech and as a consultant, he has contributed to the development of early pilotless drones, high-power chemical lasers, the stealth fighter, assisted in the internal aerodynamics of sealed computer (Winchester) disks, helped with the fluid mechanics design of the "Leap-Frog fountain" at Disney's Epcot Center in Florida, helped develop precision solid-state pressure transducers, participated in experiments at the Lawrence Livermore Nova laser facility, and subsequently assisted with compressible and incompressible turbulence problems, in general. Also a sailor, he was a member of the AMERICA3 sail-design team in their successful defense of the Americas Cup in 1992.

Paul Dimotakis received an ASCIT teaching award at Caltech in 1994-95, has served as Associate Editor for the Journal of Fluid Mechanics, and is a Fellow of the American Physical Society, the American Association for the Advancement of Science (AAAS), and the American Institute of Aeronautics and Astronautics (AIAA). He has served on National Academy of Science panels on Inertial Confinement Fusion and High-Energy Density Physics, and has participated in or led studies for various government agencies on space-launch options for small payloads, space propulsion, hypersonics, high-speed ships, thermal management of high-energy lasers, and on other topics. 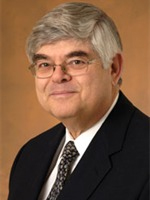