Riley Duren is a Research Scientist at the University of Arizona and an Engineering Fellow at NASA’s Jet Propulsion Laboratory.  Previously, he served as Chief Systems Engineer for the Earth Science & Technology Directorate. He continues to support JPL’s earth science enterprise – including spaceborne instruments and missions, airborne studies, research and analysis, and applied science.  For nearly three decades he has worked at the intersection of science and engineering to deliver observational systems including seven successful satellite missions ranging from earth-mapping radars to telescopes in deep space. He was previously the Chief Engineer for the Kepler mission that conducted a major survey of earth-size planets around other stars. In addition to his earth science program work he is currently involved in strategic efforts at JPL seeking to advance the broader state of the art in program architecting, science traceability, verification, validation and uncertainty quantification for complex systems.

Additionally, in 2008 he began to extend the discipline of systems engineering to the challenge of societal decision-making for climate change mitigation, adaptation and direct intervention.  He is Principal Investigator for six research projects to develop and test carbon monitoring systems and strategies that combine measurements from satellites, aircraft and surface-based systems, tracer transport modeling, machine learning, and big data methods to detect, quantify and attribute emission sources. These efforts support programs at NASA, the National Institute of Standards and Technology, the National Oceanic and Atmospheric Administration, the California Air Resources Board, the California Energy Commission and a number of local agencies and other stakeholders in California. He is also a Visiting Researcher at UCLA’s Joint Institute For Regional Earth System Science and Engineering. 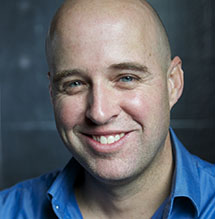